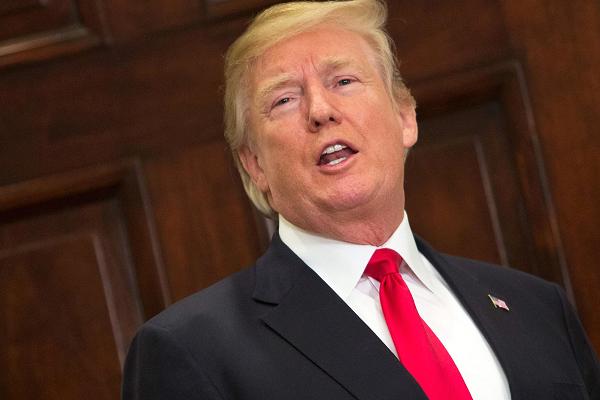 President Donald Trump on Monday unveiled an ambitious proposal to renew American infrastructure, in a plan he said was a shift focus back to domestic priorities after years of war.

The new infrastructure initiative includes US$200 billion in public funds, which aims to spur another US$1.3 trillion contributions from states and private investors to update US roads, bridges and airports which Trump has described as crumbling.

“This will be a big week for Infrastructure,” Trump said on Twitter Monday.

“After so stupidly spending US$7 trillion in the Middle East, it is now time to start investing in OUR Country!”

Administration officials tout the plan as a shift back to national priorities, with $50 billion dedicated to modernising infrastructure in rural areas, many of which favoured Trump in the 2016 elections.

It also aims to eliminate bureaucratic barriers to construction such as environmental safety reviews and the need for authorisations from more than one agency, the White House said.

The plan includes US$100 billion for an incentives programme “to spur additional dedicated funds from States, localities, and the private sector”.

Also Monday, the administration due to begin the tortuous process of setting the 2019 federal budget, even as recent tax cuts and spending commitments threaten to balloon US debt.

The latest iteration of Trump’s fiscal policy will drop the long-held Republican goal of balancing the federal budget within a decade, The Washington Post reported.

It will now be up to Congress to debate the infrastructure proposal and the budget. Trump is expected to host lawmakers from both major parties at the White House this week to discuss the competing priorities.

The spending plans are sure to raise the hackles of deficit hawks who question how the government can justify such ambitious projects while cutting taxes and with exploding deficits on the near horizon.

“Just like every American family, the budget makes hard choices: fund what we must, cut where we can, and reduce what we borrow,” he said in a statement on Sunday.

“It’s with respect for the hard work of the American people that we spend their tax dollars efficiently, effectively, and with accountability.”

However, Mickey Levy, chief US economists at Berenberg Capital Markets, said Monday the spending plans appeared to put the United States on an unsustainable path.

“This budget legislation obviously adds to federal government spending at a time during a mature expansion when tax receipts are growing but deficits are already high and outstanding debt is uncomfortably high and rising,” he wrote in a research note.

“In this context, higher deficit spending seems to be fiscally irresponsible.”

JP Morgan said Trump’s deficit is expected to surge to 5.4 per cent of GDP in the 2019 fiscal year, the highest ever without a recession, and surpassed only by the deficit reached during the global financial crisis.