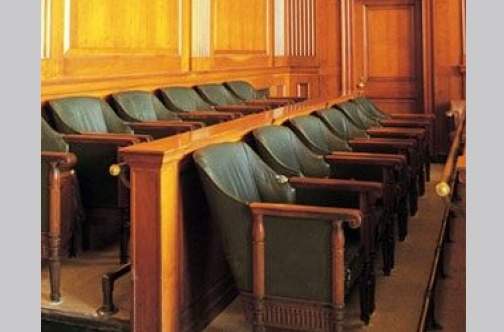 Whither trial by jury

The supporters of trial by judge alone for gun-related murders (in a Bill to be soon laid before the Parliament) have been making systematic progress to ultimately encroaching on the trial of defendants by their peers.

First, they constantly attacked the jury system, saying it was open to corruption, on one hand, and that citizens were unwilling to serve, on the other. Then, finally, they starved the “corrupt jury child”, while arranging its burial.

The remuneration, conditions of service, and reluctance to open up the sources from which jurors may be selected have cumulatively contributed to an inefficient jury system. The availability of jurors has never been the problem rather, it has always been the deliberate reluctance to modernise and have the system work efficiently. This is a mere dream on my part, as deep down I know that the powers-that be see the jury system not as a poor cousin, but rather the outcast child of the justice system.

In addition, speaking of shortage, it would be interesting to see what else we could throw out on the basis that we have a serious shortage. First, we have been operating a Court of Appeal with two divisions comprised of six judges, since Independence! We have a serious shortage of judges at every level, we have too few courtrooms, experienced prosecutors can be counted on one hand, too few shorthand writers, with appellants languishing in prison up to 10 years awaiting transcripts, and too many other shortages in the justice system for me to enumerate in this short space. So, well-thinking Jamaicans, is the solution to any of these shortages that we simply get rid of what is insufficient, or should they be retained and improved on?

The starting point in seeking to address this issue is an examination of the jury system itself. The idea that a man’s fate should not be left in a single pair of hands, when the consequences are serious, has been law for centuries. The King’s Court was presided over by the King, who was judge, juror, and executioner. As democracies replaced authoritarian governments the jury system replaced the subject being tried by one man.

Paul Bogle and William Gordon were denied trial by their peers, but endured court-martial, presided over by Governor Eyre’s hand-picked, white army officers. The sad irony is the abolition of the jury system in Jamaica is being ushered through the very George William Gordon House, named after a Member of the Assembly (Parliament) who was himself the victim of a non-jury trial! Sam Sharpe was tried by a jury on which not one of his enslaved peers could sit, and which determined his grave fate.

Adherents to trial without a jury started their march towards removing jury trials from nearly 80 per cent of murder trials some 10 years ago. They removed the need for unanimity among 12 jurors, first, and thereafter, with the acceptance of majority verdicts, they moved the numbers to seven jurors, with the possibility that five jurors can now do that which required 12 in the past. Justice is being effectively and gradually reduced until it will vanish, in my humble opinion.

How can you assign two police officers with broken-down vehicles to serve between 100 and 600 summonses for jurors to attend trials, and then turn around to argue that we do not have sufficient numbers? How can you starve the horse and then complain that you could not make the journey?

Trial by jury is an extension of the democratic process, whereby we choose who governs by the vote; the will of the people determines who governs the people. Our trust in an electorate is on par with the trust we repose in our jurors to sit as judges of the facts and return a verdict in accordance with the evidence.

A criminal case is one of competing life stories. The prosecution’s version, on one hand, and that of the defence, on the other. The cardinal rule guiding the process is the presuming of innocence of a defendant. In determining which of the two stories to accept, the quality of that decision is, without a doubt, improved where a group of individuals, with varying life experiences, discuss and exchange as it relates to the issues before them.

The late Justice Wright, a respected and experienced appellate judge, said that the collective wisdom of 12 jurors was superior to that of a single judge. I stand guided by this principle and invite our Parliament to do likewise.

Bert S. Samuels is an attorney-at-law.

Kim, Trump Summit — a promissory note without any real promise