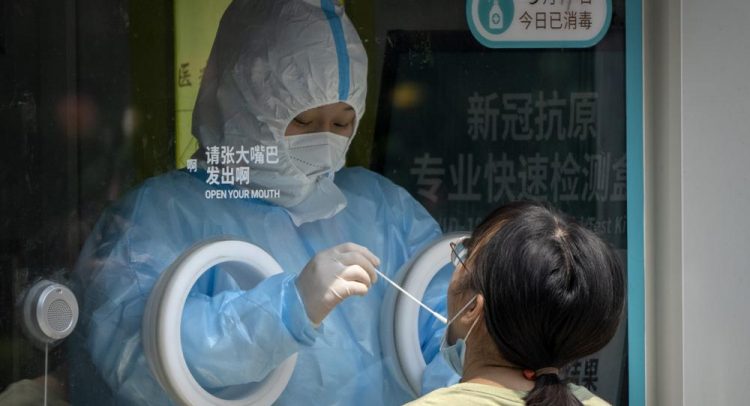 WHO: COVID deaths dropped by 21% last week but cases rising

GENEVA (AP) — The number of coronavirus deaths globally dropped by about 21% in the past week while cases rose in most parts of the world, according to the World Health Organization.

In its weekly report on the pandemic released Thursday, the U.N. health agency said the number of new COVID-19 cases appears to have stabilized after weeks of decline since late March, with about 3.5 million new cases last week, or a 1% rise. WHO said cases increased in the Americas, Middle East, Africa and the Western Pacific, while falling in Europe and Southeast Asia. Some 9,000 deaths were recorded.

Infections rose by more than 60% in the Middle East and 26% in the Americas, while deaths fell everywhere except Africa, where they jumped by nearly 50%.

The COVID-19 figures reported to WHO do not include the recent outbreak figures announced by North Korea, which has yet to officially share requested data with the agency.

On Thursday, the authoritarian country headed by Kim Jung Un reported more than 262,000 more suspected cases as its caseload approaches 2 million, a week after the country acknowledged the outbreak and scrambled to slow infections in its unvaccinated population.

Earlier this week, WHO chief Tedros Adhanom Ghebreyesus said he was “deeply concerned” about the spread of COVID-19 in North Korea, noting the population was unvaccinated and that there were significant numbers of people with underlying conditions that could put them at risk of more severe disease and death.

Tedros said the agency was working to persuade North Korea to share more information and to accept help including technical support, vaccines, tests and medicines, but so far had received no response.

In the Western Pacific, WHO said the biggest number of reported cases was in China, which saw a 94% increase, or more than 389,000 new cases. After weeks of a sometimes severe and chaotic lockdown, Chinese authorities say they will allow some supermarkets, malls and restaurants in its financial capital of Shanghai to reopen under limited conditions next week.

WHO’s Tedros has previously described China’s extreme “zero-COVID” approach as “ unsustainable,” but acknowledged that countries are free to choose their own control strategies.

A worker wearing a protective suit administers a COVID-19 test at a coronavirus testing site in Beijing, Thursday, May 19, 2022. Parts of Beijing on Thursday halted daily mass testing that had been conducted over the past several weeks, but many testing sites remained busy due to requirements for a negative COVID test in the last 48 hours to enter some buildings in China’s capital. (AP Photo/Mark Schiefelbein)