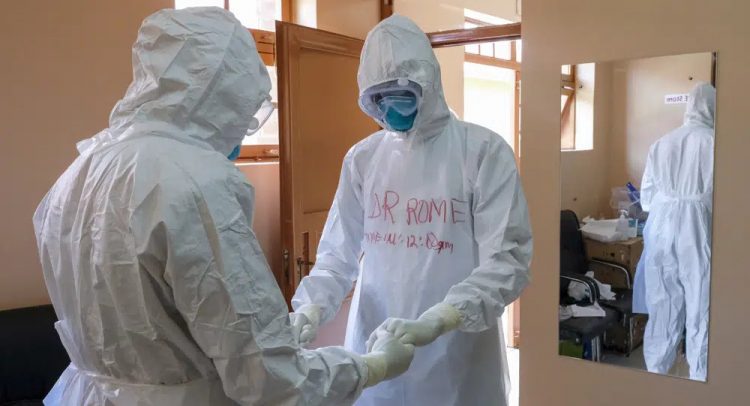 WHO, officials say Uganda’s latest Ebola outbreak is over

KAMPALA, Uganda (AP) — Uganda’s latest outbreak of the Ebola virus is over, the government and the World Health Organization said Wednesday.

Health Minister Ruth Aceng told journalists that no new cases had been registered in the past 42 days.

This outbreak was the first in a decade of the less common Sudan strain which, unlike the Zaire strain that has caused outbreaks in neighboring Congo in recent years, has no proven vaccine or therapeutics.

Uganda had recorded 142 cases including 56 deaths since the outbreak was announced in September. Ebola, which can sometimes manifest as a hemorrhagic fever, spreads through contact with the bodily fluids of an infected person or contaminated materials.

“With no vaccines and therapeutics, this was one of the most challenging Ebola outbreaks in the past five years,” WHO Africa director Matshidiso Moeti said. “Two months ago, it looked as if Ebola would cast a dark shadow over the country well into 2023 as the outbreak reached major cities such as Kampala and Jinja, but this win starts off the year on a note of great hope for Africa.”

Plans to test three potential vaccines for the Sudan strain — from the Sabin Vaccine Institute, the University of Oxford and Merck — will go ahead in Uganda. The WHO country representative, Yonas Tegren Woldemariam, said global health experts will meet Thursday to decide on when and how the trials should begin.

This was Uganda’s fifth outbreak of the Sudan strain of Ebola, the WHO said.

“As Africans, with diseases that are predominantly occurring in Africa, we are still hugely dependent on the Western world for technology, for vaccination, for development of vaccines and for treatment,” said Ahmed Kalebi, a pathologist based in neighboring Kenya. “It is only now that there is a trial happening to develop a new vaccine. We have to wake up, us Africans.”

FILE – Doctors wearing protective equipment pray together before they visit a patient who was in contact with an Ebola victim, in the isolation section of Entebbe Regional Referral Hospital in Entebbe, Uganda on Oct. 20, 2022. Uganda’s latest outbreak of the Ebola virus is over, the government and the World Health Organization announced Wednesday, Jan. 11, 2023. (AP Photo/Hajarah Nalwadda, File)