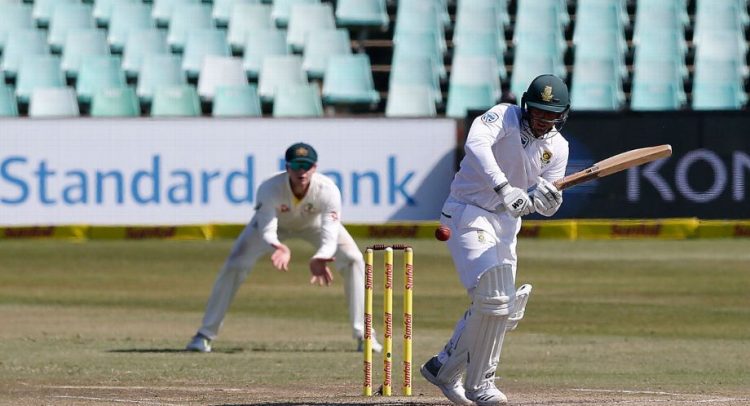 “Whose line is it,” asks Gibson as SA maintain de Kock’s innocence 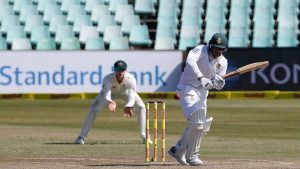 South Africa are maintaining Quinton de Kock’s innocence in the stairwell dispute, and hope to have him cleared of all charges at a hearing on Wednesday evening.

De Kock has been charged with a Level 1 offence following an incident that took place in the stairwell leading to the players’ changerooms on day four of the Durban Test.

CCTV footage showed David Warner being physically restrained and shouting at de Kock, who did not respond. Warner was charged with a Level 2 offence on Tuesday evening, and fined 75% of his match fee. Though he has accepted those sanctions, Australia claim Warner was responding to a jibe from de Kock, and they say it was “personal.”

South Africa, however, have denied de Kock provoked Warner in any way. “We are appealing Level 1 because we think Quinny didn’t do anything,” the head coach Ottis Gibson said. “Quinny wasn’t aggressive. You saw some footage, and the footage showed Quinny walking up the stairs and somebody else being restrained, and then Quinny gets a Level 1. That doesn’t seem fair.”

Gibson would not comment on whether de Kock was entirely silent, and neither would several team sources. In fact, South Africa captain Faf du Plessis suggested the opposite at the post-match press conference when he admitted that things had got personal “on both sides.” Both then and now, South Africa insist Warner was the instigator.

“Quinny would not have said anything had something not been said to him in the first place. But I wasn’t out there. Faf was there. Faf probably knows what was said,” Gibson said. “But there’s one guy walking up the stairs going back to his dressing room, there’s another guy having to be restrained. If I am walking, trying to get back to my dressing room and somebody is being restrained, how can you fine me for something?”

Irresponsible not to explore for oil, gas