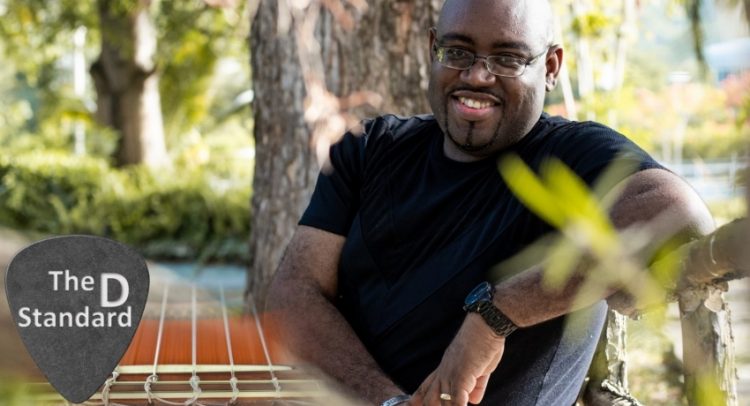 Why black athletes should be more than their talent

The sun wasn’t up yet, but I was already awake. I did my best not to stir my mother and my grandmother who were the human loaves in the sandwich we created on our double divan bed in Allman Town.

The excitement which came with the dawn of this Monday wasn’t typical for a nine-year-old boy who hated school. Nothing personal against Mico Practising All Age … but I wasn’t a social butterfly. My mother knew this all too well, so when I came up with the reason to miss school that day, we had little argument. She was excited too.

We had just spent the entire weekend watching our favourite sport, and Brian Charles Lara, was on the verge of history.

I didn’t have to wait too long. The beauty of watching cricket being played in the Eastern Caribbean, is that the action starts an hour earlier. Ten o’clock in Antigua, is nine o’clock in Jamaica. So instead of subtracting, dividing and multiplying letters and numbers, in figuring out the dimensions of (x), I was watching one of the greatest Test innings of all time.

And at approximately 10:45 am, just before the luncheon interval, the Prince of Port-of-Spain pulled Chris Lewis to the square-leg boundary to break Garfield Sobers’ 36-year-old record of 365, and set the highest individual score in Test cricket.

Televised sporting achievements in Jamaica come with specific sounds – cheering, gunshots and clanging pot covers. All three emanated from Allman Town that morning. I played my part in two.

Brian Lara was the first superstar I embraced and admired. He walked, batted and carried himself with a style every boy at the time tried to emulate.

The extravagant swish with the right hand when scraping debris off the pitch, the squat made before surveying the field, the light nod when settled at the crease, the squinting of the eyes even if there was no sunlight, the extraordinarily high backlift, and the swagger of each shot. This was us. This was Lara. He defined a generation’s actions and love towards a sport.

I’ve been privileged to see, experience, commentate on some of the greatest sporting moments. Just two years after Lara’s incredible achievement, there was more celebration as Deon Hemmings became the first woman from the English-speaking Caribbean to win Olympic gold. In 1997, the Reggae Boyz qualified for the ‘98 World Cup in France, and the Soca Warriors did the same in going to Germany 2006.

As a youngster, I also saw Michael Jordan’s second three-peat, and the Williams sisters dominating the court. I also witnessed the rise of a small nation to the pinnacle of world sprinting, thanks in no small part to Usain Bolt, Shelly-Ann Fraser-Pryce, Veronica Campbell Brown and Asafa Powell.

And of course, I would have read about Jesse Owens, Muhammad Ali, Arthur Ashe, Jackie Robinson, Pele, George Headley and Viv Richards, just to name a few.

Every single name has a story and in those stories, adversity played a central role in them becoming legends, fulfilling their dreams.

A dreamer is one who can only find his way by moonlight, and his punishment is that he sees the dawn before the rest of the world.

Oscar Wilde once said; “A dreamer is one who can only find his way by moonlight, and his punishment is that he sees the dawn before the rest of the world.” As the black race we were, and in a lot of cases have been, part of a long night. So when we lock on to our dreams, we thrive and make a name for ourselves with global repercussions. The expression of our greatness in sport, even against the odds was far away from the perception of our design in the eyes of others. However, here we are, setting the trend, being the example, and showing the way.

The world has changed dramatically over the last decade, and everyone now has a louder platform to express their thoughts, biases and solutions thanks to social media.

This change makes it incumbent on our black athletes to use the leverage and influence they have accrued to shape society’s way of thinking, just as they did with impressionable minds who saw them as role models in sport.

And our black sporting greats should know they have this responsibility because many past prominent examples in other fields were eliminated through revisionist history. The prowess of our black sportsmen and women with a ball, or bat, hands and feet don’t define who they are, but rather their commitment, will and the pursuit of excellence in not just the sport of their choice, but in life. It’s an algorithm all of us can adopt as we endeavour to be the best in our field, even if we only have the moonlight to guide us, and if the sun isn’t up yet.