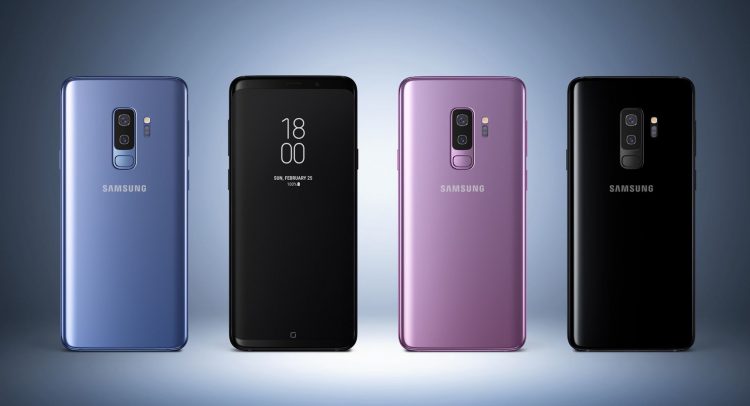 It wasn’t what Samsung or its investors were hoping for.

The company’s electronics division has just posted a drop in its latest net profit – and it says “lower-than-expected sales” of its flagship Galaxy S9 smartphone were to blame.The handset launched in February to a mixed reception. Critics praised some of its new camera tricks, including the way it made it relatively easy to capture key moments in “super-slow-motion” video.

But they also cast doubt over whether the company had given consumers enough reasons to upgrade.

What is Samsung saying?
Despite speculation that the S9’s sales have been the series’s weakest since the S3, the company has not disclosed exact numbers.The closest it came was to confirm the division responsible had suffered a 20% revenue drop. But executives did tackle the matter head on during a conference call in which they referred to a “stagnant high-end market”.

“As smartphones become more high-spec and product differentiation is becoming less clear, the global handset replacement cycles are getting longer,” said one representative.

In other words, Samsung believes the S9 failed to distinguish itself from other high-end handsets at the same time as being too expensive for many consumers’ pockets.

Why has the S9 struggled to stand out?
With a few exceptions, most smartphones look pretty similar these days: a flat panel of glass fixed to a curved metal rear, with the bezels kept to a minimum.

In particular, the physical differences between the S8 and S9’s exteriors were pretty minor, with reviewers left to obsess over a slight shift in the position of the fingerprint sensor.

The other big hardware change was the S9’s introduction of a dual aperture lens. But that may have proved a difficult sell to anyone beyond the photography geeks who probably already owned a dedicated camera.

“It’s an exceptional phone but I don’t think there was enough differentiation,” said Roberta Cozza, from the tech consultancy Gartner.

“Differentiation today comes from creating compelling experiences and I don’t think Samsung has done enough in that area yet.

“[Its artificial intelligence assistant] Bixby, for example, hasn’t been the success it had been hoping for.”

Samsung is far from the only handset-maker to have made its most radical changes on a two-year basis, with more limited tweaks to the in-between models.

But another expert suggested that this strategy had become problematic.

“What’s changed in the last 18 months is that the rate of commoditisation has become much faster, in terms of the speed with which specifications and design characteristics can be copied from one brand to the next,” said Ben Stanton, a tech analyst at Canalys.

“When the Galaxy S8 launched in 2017, it was a pioneering product and nothing looked like it.

“But now there is a flood of devices that are very similar and sometimes better priced.”

What threat do Chinese rivals pose?
China once presented Samsung with a huge opportunity. These days, it poses a threat. The South Korean company used to be the bestselling smartphone brand in China’s giant smartphone market. Now, it has been relegated to the “others section” of market share charts and it is domestic companies that dominate. “But now there is a flood of devices that are very similar and sometimes better priced.”

What threat do Chinese rivals pose?
China once presented Samsung with a huge opportunity. These days, it poses a threat. The South Korean company used to be the bestselling smartphone brand in China’s giant smartphone market.Now, it has been relegated to the “others section” of market share charts and it is domestic companies that dominate.

What’s more, those same Chinese companies are making great strides abroad. Had it not been for the US’s resistance to letting Chinese phones into its own market, the S9’s sales could have been a lot worse.

“Xiaomi, in particular, is doing a very good job of bringing the specifications associated with premium phones like Samsung’s down to much cheaper price points,” said Mr Stanton.

“And it’s doing that within about six to nine months of a brand new innovation coming to market. On the flipside, we’re seeing Huawei going beyond the technologies that Samsung offers. It has AI embedded in its chipsets, triple cameras on the back of its P20 Pro – it’s really raising the bar.”