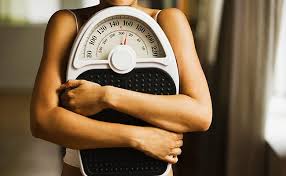 Why Your Weight Matters If You Have Psoriasis If you have psoriasis, you already know that smart lifestyle strategies (such as managing stress, not using harsh soaps, and avoiding certain foods) may help keep symptoms at bay. But one of the most important things you can do to keep the skin condition under control might be to shed extra pounds. Here, five reasons why it’s so crucial for psoriasis patients to watch their weight.

Psoriasis is an autoimmune disease, which means the immune system attacks a part of the body (in this case, the skin). The result is raised red, white, or silvery patches on the skin, as well as other possible symptoms such as itching, nail disfigurement, or dry, cracked skin. Psoriasis is a chronic condition, meaning you have it for your entire life—but weight loss may alleviate some of the symptoms.

“Studies show that diet and exercise can reduce symptoms of psoriasis,” says Debra Jaliman, MD, a dermatologist based in New York City. In a recent Danish study published in American Journal of Clinical Nutrition, obese psoriasis participants who lost 10% to 15% of their body weight showed significant improvement in symptoms. What’s more, the improvement was long-lasting: a year after the study ended, the participants who lost at least 22 pounds from their start weight continued to experience improved quality of life.

Extra pounds could up your risk of psoriatic arthritis

About 10% to 30% of psoriasis patients eventually develop psoriatic arthritis, an autoimmune disease that causes painful, swollen joints. But overweight or obese psoriasis patients may be particularly at risk. In a study published in the journal Annals of the Rheumatic Diseases, researchers found a link between obesity and increased chance of developing the condition. The study looked at data collected over a 15-year period of more than 75,000 people in the UK, and found that psoriatic arthritis incidence rates increased along with BMI.

If you’re a psoriasis patient who also has psoriatic arthritis, extra weight can strain your joints, which may aggravate symptoms. Psoriatic arthritis can affect both smaller joints (think: fingers, toes, wrists) as well as large, weight-bearing ones like your knees—and added pounds can put unnecessary pressure on them, making symptoms worse.

“No matter what type of arthritis you have, weight is particularly bad for weight-bearing joints, the hips and knees in particular,” says James R. O’Dell, MD, chief of rheumatology at the University of Nebraska Medical Center in Omaha.

Mottley: Caricom meeting was ‘action, not a bag a words’