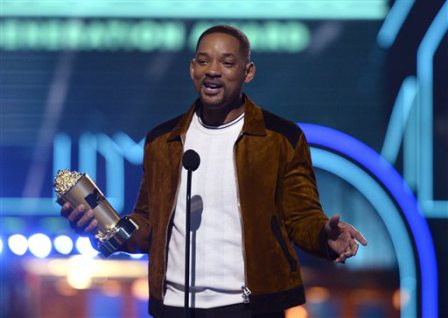 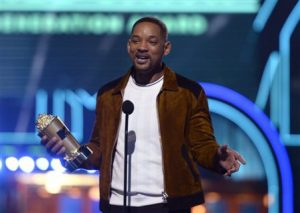 Will Smith announced last year that he would be joining the cast of Disney’s Live-Action reboot to the classic animated film, “Aladdin.” He’s taking on the famous role of the Genie, previously voiced by the late, Robin Williams.

Now there’s chatter that Smith will handle the music for the film and apparently, he stands to collect some serious coinage to make it happen. According to reports, Smith’s team negotiated a record-breaking contract, which includes separate fees for acting AND recording, HipHollywood.com reports.

Reporter Josh L. Dickey started the reports via Twitter when he wrote: “Q: What is the most upfront $ a person has been paid for their involvement in a single film? [Hint: You can’t look it up because it’s not on the record, the film isn’t out yet, and this person is not playing the title character].”

He continued, “2nd primary role for the film — which will mark a major comeback for that part of this person’s career. Is being paid separately for both functions, a major point of negotiations that led to historic payday.”

Dickey then spilled the rest of the tea, writing: “Biggest upfront money deal in film history. Negotiated separate fees for acting & writing/recording new song(s), refused the ‘package deal’ and it paid off. And they say movie stars are dead.”

Meanwhile, Screen Junkies has released their latest Honest Trailer, and if you absolutely hated Netflix’s Will Smith film “Bright,” you’re going to get a kick out of this one.

Taraji P. Henson has a message for men in the #TimesUp era: 'Speak up'