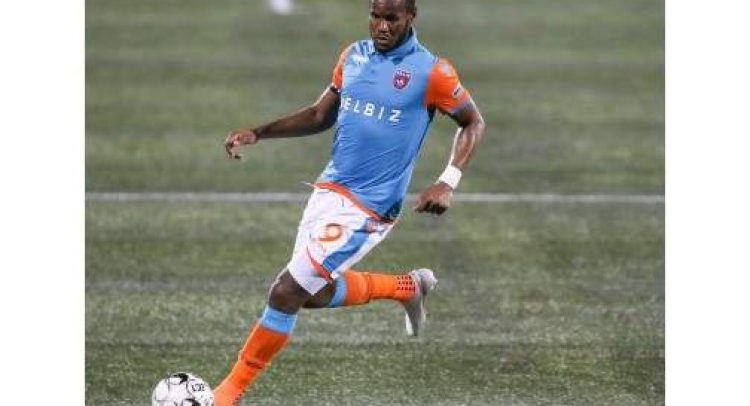 Despite top scoring for his team Miami FC in the United Soccer League (USL) Championship with eight goals, Romario Williams revealed his season was a disappointing one as they failed to make the play-offs.

The 26-year-old Williams netted his last goal via the penalty spot as Miami FC came from behind to beat Atlanta United 3-1. Miami finished third in Group H on 16 points and were eliminated from play-offs.

“I think the season was a very tough and very disappointing one from a personal standpoint and a team standpoint,” he told the Jamaica Observer.

He continued: “Because coming into the season we had a lot of expectations as a team and I had personal expectations for myself as well. But none of those was able to come to fruition, none was able to manifest”.

Miami FC competed in the USL Championship, the second tier of the American soccer league, for the first time. The team is co-owned by media entrepreneur Riccardo Silva and former Italian national team defender Paolo Maldini.

“First time in the USL, a pretty much a new team coming together with a lot of new faces. We are certainly not happy with the way how things finished, but we definitely looking to the future and how we can improve as a team and prepare ourselves for next season.”

Williams, who has two goals from 14 caps for Jamaica against Curacao and Canada in the 2017 Gold Cup, was a part of the last group of Reggae Boyz to play in a World Cup – Fifa Under-17 — in 2011.

He was selected by Montreal Impact third overall in the 2015 MLS SuperDraft and made his professional debut on March 28 2015 in a 2-2 draw against Orlando City SC.

In December 2016 Atlanta United FC acquired Williams from the Impact and in 2018 he scored his first career MLS goal in a 5–0 rout of Los Angeles FC. Then on July 1 , 2019, he was traded to Columbus Crew SC before joining Miami FC.

“You know we still have a lot to be thankful for because of the way how we started the season and how we grew throughout the course of the year,” said Williams.

“Obviously it is disappointing not to make the play-offs as a player and obviously as a club, because the club always try to compete for championships. Personally, being the calibre player I am, you always want to be in the post season to show your worth competing and winning championships. There were also individual goals that I set forth for myself to score double digit goals and even with a shortened season I felt the opportunity was still there to do so.

“I wasn’t able to do that falling two goals short but as I said, it’s been a tough year for each and everyone involved with the club and we don’t necessarily want to make that as an excuse because from top to bottom we are a talented team and we should have done better. It was a great learning experience for a lot of the players and the club and we know exactly what we need to do and what we need to build on going into next season.”

Government got CL Marine for $119m