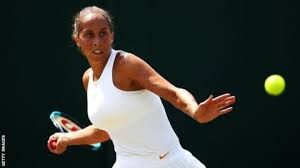 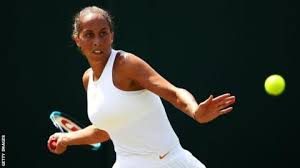 At 4-0 down in the second Keys brilliantly fought back to win the set before Rodina took a topsy-turvy third.

Keys had seemingly been cruising to the first set only for the momentum to dramatically swing back to the unheralded Russian.

The world number 11 made numerous unforced errors which allowed Rodina to come back into the match and take the first set.

Keys continued to struggle early in the second set as her losing streak of games continued and at 4-0 down the match appeared Rodina’s for the taking.

However, the American suddenly rediscovered her mojo and produced a superb fightback to win the second set.

Rodina received lengthy treatment from the physio early in the third set and did not move around the court as freely.

Both players regularly exchanged breaks in a scrappy third set, before Rodina kept her nerve at 5-4 up to reach the fourth round of a Grand Slam for the first time in her career.

Ekaterina Makarova, who knocked out second seed Caroline Wozniacki in the third round, also progressed.