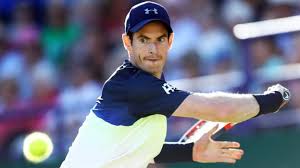 Wimbledon 2018: Andy Murray to play Benoit Paire in first round if fit to play Two-time champion Andy Murray says he is “most likely” to play Wimbledon next week as he continues his comeback from almost a year out with a hip injury.

Murray, 31, has been drawn against Frenchman Benoit Paire in the first round of the Championships, which start on Monday.

In the women’s singles, Johanna Konta – who reached the semi-finals in 2017 – plays Natalia Vikhlyantseva.

Defending men’s champion Roger Federer – who will play in his 20th Wimbledon Championship – faces Serbia’s Dusan Lajovic, while world number one Rafael Nadal will take on Dudi Sela of Israel.