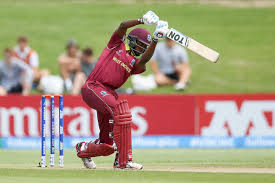 When the WINDIES B was listed for the inaugural Global T20 Canada, no one knew what to expect. What we did know, is a myriad of world-leading T20 stars would assemble and it could be anybody’s game.

Well so far, the competition has had some exciting results, including two wins for WINDIES B. When we spoke with Coach, Roddy Estwick, he said the “experience has been unbelievable.”

Estwick and Stuart Williams are the coaches on tour, and they knew that with WINDIES A, WINDIES Men on separate tours, their team would be faced with an immediate challenge of manpower.

Estwick explained, “No one gave us a chance of winning a game in this tournament, but we set out to make the impossible possible. It shows that with hard work and discipline you can achieve most things. The team spirit is excellent, everyone is celebrating each other’s successes.”

With the team members assembled from several different places, they have not been able to prepare as a unit before leaving the Caribbean “but we have used indoor facilities to work on a lot of fielding. We had one outdoor practice session which allowed the team to get a feel of the pitch and climatic conditions in Canada.”

Estwick promised that the additional net sessions will continue to serve as a way to keep the players in check and help them stay focused following their two wins so far.

WINDIES B opened their journey with a match against the Montreal Tigers and won by two wickets. In their second match, they beat Edmonton Royals by three wickets.

So far, outstanding performances have come from Fabian Allen who cracked 75 from 30 balls in the team’s second match. In match one, Brandon King and Nicholas Pooran scored 56 and 58 runs respectively. So fa,r the leading wicket-taker for WINDIES B has been Obed McCoy with overall figures of 7.4-53-7 in the two encounters.

The team will play on Thursday, July 5 against the Winnipeg Hawks. The 6-team tournament sees each team playing five matches in the first round. WINDIES B will complete Round 1 on Sunday, July 8.

No room yet for trade of recreational marijuana