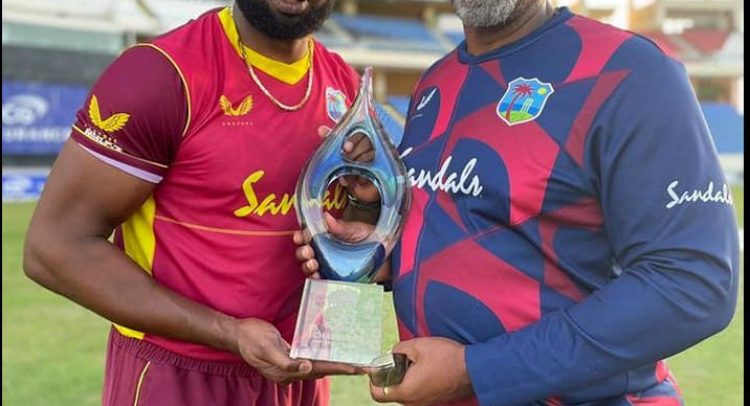 LONDON – West Indies have slumped to the tenth spot in the latest International Cricket Council’s Twenty20 rankings, just six months before they defend their title at the T20 World Cup in India.

Following the annual update Monday which saw results from 2017-18 eliminated, West Indies found themselves on 222 rating points but still within striking distance of the three teams immediately ahead of them.

Bangladesh is ninth on 225 points, Sri Lanka lies eighth on 227 points while Afghanistan is seventh on 236 points.

England, meanwhile, remains the top side in the rankings with 277 and have extended their lead over second-placed India to five points.

New Zealand also gained in the rankings, leaping two places to third on 263 points with Pakistan two points back in fourth and Australia fifth on 258.

South Africa are in sixth, 10 points back.

West Indies have experienced a topsy-turvy run of form in the shortest format in recent years, with only four series wins in the last 12 while losing 14 of their last 23 games inside the last 2-½ years.

In their last series in March, the Caribbean edged Sri Lanka 2-1 in a three-match series to make up for their 2-0 thrashing in New Zealand last December.

In the One-Day International format, West Indies climbed one place to eighth, overtaking Sri Lanka to be on 82 rating points.

They swept Sri Lanka 3-0 last March in the Caribbean but that was on the back of successive whitewashes at the hands of Bangladesh earlier this year and Sri Lanka back in 2020.

New Zealand has meanwhile replaced reigning world champions, England, as the top-ranked side in ODIs with 121 rating points, with Australia second on 118 points after jumping two places and India slipping one place to third on 115 points.

England now lies a decimal point behind in fourth with South Africa fifth (107), Pakistan (97) sixth and Bangladesh seventh on 90 points.

The Test rankings will be updated after the ongoing series between Zimbabwe and Pakistan ends on 11 May.