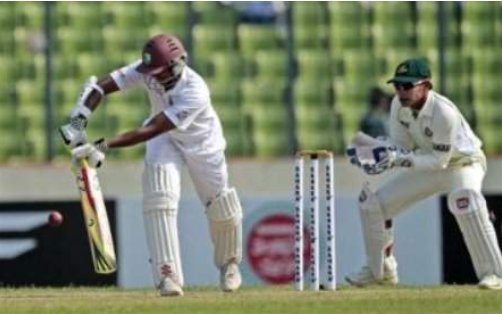 West Indies join the day-night Test match revolution on Saturday, hoping the innovation will win back legions of fans who have turned their backs on the under-performing Caribbean side.

The third Test of the series against Sri Lanka at Kensington Oval in Barbados will be the 10th day-night affair since it debuted in 2015 when Australia hosted New Zealand in Adelaide.

Since that time, three more day-night Tests have been staged in Australia, two in Dubai, in an effort to entice expatriate workers to watch Pakistan, and one each in England, South Africa and New Zealand.

West Indies lead the series against Sri Lanka 1-0 but the first two matches in Trinidad and St Lucia were very poorly attended.

For several prominent former West Indies cricketers, the uniqueness of the day-night encounter presents an additional attraction to fans who have generally been turned off the regional team, especially in the traditional format of the competition, because of their consistently sub-standard performances in recent years.

“I am sure that it will be viewed as a novelty by some, and that’s okay,” said Jeff Dujon, wicketkeeper-batsman in the era of incomparable West Indian dominance of the international game in the 1980s.

“Let us not forget that West Indies cricket was built by the support of the people of the West Indies. I hope we use this occasion to recommit to supporting our team and providing that 12th man that was so present and meant so much in my days as a West Indies cricketer.”

It is a view echoed by former fast bowler Ian Bishop.

“We in the small markets of the Caribbean have to try these initiatives to see if they help improve the spectacle and interest in Test cricket in the region,” he observed.

“On its own, day-night cricket may not be the panacea for all the challenges facing Test cricket, as fans also need to see success on the field of play. But I believe this day-night Test is a significant and worthwhile initiative to find out what works, what doesn’t, and what needs tweaking.”

For Deryck Murray, another former wicketkeeper-batsman whose career spanned the outstanding teams built around the leadership of the late Frank Worrell in the 1960s and the all-conquering side led by Clive Lloyd which lifted the first two World Cups in the latter half of the 1970s, day-night Test cricket has been too long in coming.

“I am surprised that it has taken so long after night cricket was first introduced in the late 1970s for us to be still ‘experimenting’ with day-night Tests,” said Murray, a member of the West Indies team involved in the breakaway World Series venture of Australian television mogul Kerry Packer from 1977 to 1979.

Matches played then between the West Indies, Australia and a World XI featured limited-over fixtures and what were known as “Supertests,” played in the same day-night format which continues to be trialled by a number of nations.

President Trump Struck the First Blow on Trade. The World Is Starting to Hit Back