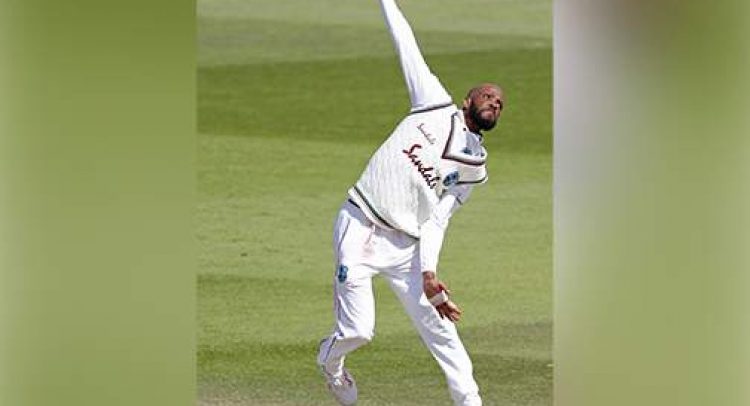 QUEENSTOWN, New Zealand (CMC) — West Indies will be looking to get the tour of New Zealand off to a successful start, when they face the Blackcaps’ “A” Team in a three-day tour match, starting on Friday (today) at John Davies Oval.

Recently appointed vice-captain Roston Chase is set to lead the squad into battle because Test captain Jason Holder is undergoing managed isolation under the country’s COVID-19 protocols, having arrived from the Indian Premier League in Dubai last week.

Left-handed batsman Shimron Hetmyer and compatriot, all-rounder Keemo Paul will also miss the match because of the quarantine measures.

Chase said he was taking the elevation to the vice-captaincy role in stride and he would do the same with the additional responsibility of captaincy for the tour match.

“I do not feel any additional pressure because I have always been one of the go-to guys in terms of seniority in the team, so right now it is only a title for me,” he said. “There is no major difference in me doing anything else.”

Chase said he did not expect the additional responsibilities in the team to weigh too heavily on him.

“I do not think it will bring out a more responsible side of me because I have always been a responsible guy,” he said.

“I will just try to do the same things I have been doing previously and try to encourage the other players a lot more, but I will love to be able to convert more of the starts I have been getting with my batting being vice-captain or not.

“This is just another opportunity for me to communicate with the other players and make them feel as comfortable as possible in performing to best of their ability and to try to get the best out of each person.”

Chase said the players are keen to get time on the field to be able to put into use what they have been practising.

“We have had adequate preparation and the guys have been adjusting well to the conditions,” Chase said.

“It is only for us to go into the game and get an actual feel of a match situation because it is a big difference between nets and playing in an actual game with umpires, fielders in positions and the opposition chirping and stuff like that.”

Chase said one of the areas of the Windies’ performance he would like to see improved — starting with the tour match — is its batting, especially in the first innings.

“Our bowlers have been doing brilliant for us, but we have not been getting big enough totals for them to bowl at, especially in the first innings,” he said.

“I think the first innings really sets up the game for the whole match. Once you put the other team under pressure with a good total in the first innings, I think they will always be chasing the game, and that is always something good to have the opposition doing in Tests.”

On his own game, Chase said he had a fair understanding of what works and what does not, so it was now a matter of applying himself in any given match situation.

“I have been working hard on my game and I think I have reached that point in my batting and my bowling that I think I understand my game more than before,” he said.

Nicholls has been sidelined with injury for the past eight months and a calf injury had forced him to miss the opening three rounds of the Plunket Shield, the New Zealand’s first-class championship.