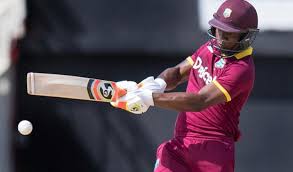 West Indies can clinch a spot in next year’s ICC World Cup in England once they can overcome a plucky Scotland side, in their final Super Six match of the World Cup Qualifiers here today.

The Caribbean side, two-time former winners of the ICC 50-overs showpiece, started the qualifying campaign as heavy favourites and have lived up to their billing, suffering just one defeat to sit on top of the standings.

However, today’s match is tantamount to a final, with the winner snatching one of the two World Cup spots up for grabs.

While West Indies lead with six points, Scotland are just one behind, along with hosts Zimbabwe, in what has developed into a close race for the final.

West Indies coach Stuart Law told reporters while his side had not played up to their potential in the tournament, they were acutely aware of the importance of today’s fixture and would be ready for the Scottish challenge.

“We haven’t probably played as well as we possibly can. We have done in bits and pieces but we haven’t really pulled it together,” the Australian assessed.

“In this tournament, if people sitting on the outside expect teams just to roll over and die, those days are gone. If you take Marlon and Chris Gayle out of our team, we’re probably one of the most inexperienced teams here playing-wise.

“Our boys are still young, still learning, so it’s good to have those two guys to learn off their experience.”

He continued: “We probably haven’t played as well as we would’ve wanted consistently. We have shown signs that we are a very, very good cricket team and we’ve got one more chance to show the world that we can do it.

“But I’m very happy with where we are. We’ve only lost one game in the competition so far and that was to Afghanistan, who on surfaces that suit their spinners, are very difficult to beat anyway.

“We’re not happy nor should we be. We’ve got a little bit to work on it and we’ll talk about it, work out a strategy against Scotland and we’ll come here Wednesday morning and look to put it (qualification) to bed.”

As close as the Windies are to securing a place at the World Cup, they will also know the Scots will pose a serious challenge.

They played unbeaten in Group B to finish second behind group winners Zimbabwe, and can be dangerous on their day, especially with experienced batsmen Kyle Coetzer, Calum McLeod and Matthew Cross in their line-up.

And with the likes of seamers Safyaan Sharif (14 wickets) and Brad Wheal (9) having shone in the tournament, Law says West Indies will be taking nothing for granted.

“We can’t take anyone lightly in this competition. I think everyone says that,” he pointed out.

“The schedule has been brutal — we had a game [on Monday] and we’ve got to play [Wednesday]. We’ve got to put [the win against Zimbabwe] to bed quickly — celebrate what we’ve achieved but quickly cast our minds towards what Scotland have in store for us.

“They’ve got some good cricketers in their ranks and a lot of their guys have been involved in county cricket. They have plenty experience. We’ll do some planning on [Tuesday] and turn up on Wednesday full of energy and full of fight.”

West Indies, who lost their opening match of the Super Sixes to Afghanistan, will be buoyed by Monday’s win over Zimbabwe, especially after producing their fifth highest run chase in ODI history.

And even though superstar opener Chris Gayle has yet to follow up his hundred against United Arab Emirates in the opening game with another major score, Law said he was not overly worried about the veteran’s form.

“He’s damaging if he gets going. If he bats for half-an-hour to an hour, he can be very damaging,” he warned.

“You can see the steel in his eyes, he wants it really badly. We’ve only got one game to go in sense … so if Chris gets off, it’s not only great to watch but it can be dangerous.

“But we’ve got match winners in our team as well, a lot of power, a lot of class batting so we’re not just pinning it on one person. Once everyone does their job, it makes our job real easy.”

Severalcommunities will be without water as nations celebrate World Water Day,Wednesday