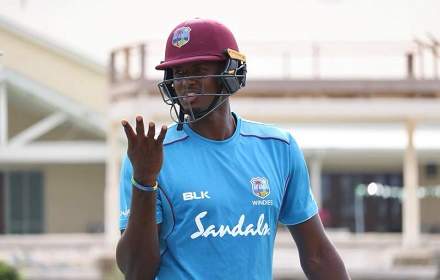 A low profile two-Test series against once minnows Bangladesh will carry much weight for struggling West Indies when it bowls off at the Vivian Richards Cricket Stadium here tomorrow.

Having slumped to a historic low of ninth in the ICC Test rankings last May, the rubber against the dangerous Bangladesh is in familiar home conditions represents the ideal chance to climb back to eighth and begin their long trek back up the rankings.

The Caribbean side gained five ratings points following their 1-1 draw in the recent three-Test series against Sri Lanka, and now lie within striking distance of eighth in the rankings on 72 points – three adrift of the Bangladeshis.

A 1-0 series series win will see the Windies move to 75 points and Bangladesh drop to 69 while a series sweep will result in the hosts rising to 77 and their opponents slipping to 67.

The permutations therefore highlight the importance of a series win for the Jason Holder-led unit.

Conversely, West Indies will also need to avoid a series defeat, as such an outcome will see the gains made against the Sri Lankans erased.
They stand to lose four points with a 1-0 defeat and will concede a further point if they are swept by Bangladesh, who will then strengthen their hold on eighth spot.

West Indies, however, will be heartened by some of their performances during the recent series but will enter the Test here concerned by their mis-firing batting group.

The top five – Kieran Powell (166), Roston Chase (123), Shai Hope (114), Kraigg Brathwaite (104) and Devon Smith (91) – all struggled for runs and managed only four half-centuries among them.
Wicketkeeper Shane Dowrich, adjudged Man-of-the-Series, led the batting with 288 runs at an average of 57 and was the only West Indies batsman to score a hundred.

Holder, who excelled with the bat scoring 198 runs at nearly 40, will hope for a better showing from his specialist batsmen.
Speedster Shannon Gabriel will once again lead the Windies attack fresh from his outstanding showing against Sri Lanka when he picked up 20 wickets.

Holder, who took nine wickets in the last Test at Kensington Oval, finished the series with 12 scalps while fellow seamer Kemar Roach had 11.
Pacer Miguel Cummins, who managed just three wickets, will be a concern as will be leg-spinner Devendra Bishoo ended with four across the three Tests.

West Indies will fancy their chances, especially based on past series against Bangladesh, as they have only lost once to the Asians – in 2009 when they fielded a depleted side because of a players strike.
In 12 Tests, the Windies have won eight times, lost twice and drawn twice.

The last time they two teams met in the Caribbean four years ago, the hosts pulled off convincing wins in both Tests.
Bangladesh, meanwhile, without a Test series win since thrashing minnows

Zimbabwe four years ago, are expected to present a strong challenge.
They served notice of their dangerous batting when they piled over 400 in the two-day tour match against CWI President’s XI last week, with experienced opener Tamim Iqbal and veteran Mahmudullah hitting exciting centuries.

Call made for church to welcome homosexuals, sex workers and transgenders