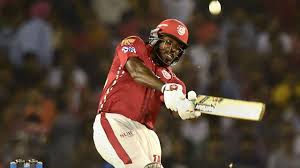 Windies trio out of IPL after Kings XI lose 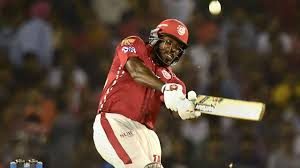 Needing a victory on the final day of preliminary matches to stay in contention for the play-offs, Kings XI failed to defend 153 at Maharashtra Cricket Association Stadium and plunged to their eighth loss of the season.

The defeat left Kings XI seventh in the eight-team standings on 12 points, while CSK booked their spot in the play-offs, finishing second with 18 points.

Once again, Gayle failed to spark and was an early casualty without scoring, facing just two balls before gloving a leg-side catch behind off exciting South Africa fast bowler Lungi Ngidi.

The 38-year-old West Indies opener finished with 368 runs at an average of 40. He hammered an unbeaten hundred and three half-centuries in his first five innings, but his form tailed off badly, and only 64 runs came from his last six outings.

Ngidi, who finished with four for 10 from four overs, produced an early burst which left Kings XI reeling on 16 for three in the fourth over, before Karun Nair top-scored with 54 from 26 balls and Manoj Tiwary chipped in with 35, to rescue the innings.

Tiwary added 60 for the third wicket with South Africa’s David Miller (26) before Bravo yorked Miller in the 13th over. The West Indies seamer also accounted for Nair in the penultimate over as he finished with two for 39.

In reply, CSK reached their target off the first ball of the 20th over, courtesy of Suresh Raina’s unbeaten 61 off 48 deliveries.

At the Feroz Shah Kotla in Delhi, Kieron Pollard and Evin Lewis suffered contrasting fates with the bat, but joined Gayle on the sidelines of the tournament as Mumbai Indians went down by 11 runs to Delhi Daredevils, to also miss out on the play-offs.

Chasing 175 for the crucial victory, Mumbai were dismissed for 163, with three balls remaining in the innings.

The left-handed Lewis top-scored with 48 from 31 balls, dominating a 45-run, second-wicket stand with Ishan Kishan, who made just five.

Lewis clobbered three fours and four sixes before he was third out in the ninth over, missing a charge at leg-spinner Amit Mishra (3-19) and going stumped.

Pollard’s campaign, meanwhile, ended in the same miserable fashion it began. Inserted at number four, he made only seven before superb work in the deep saw him caught by Trent Boult off 17-year-old Nepalse leg-spinner Sandeep Lamichhane, the New Zealander completing the catch after Australian Glenn Maxwell relayed it to him while falling over the ropes at long off.

Earlier, Delhi chalked up 174 for four off their 20 overs with Rishabh Pant top-scoring with 64 from 44 balls.