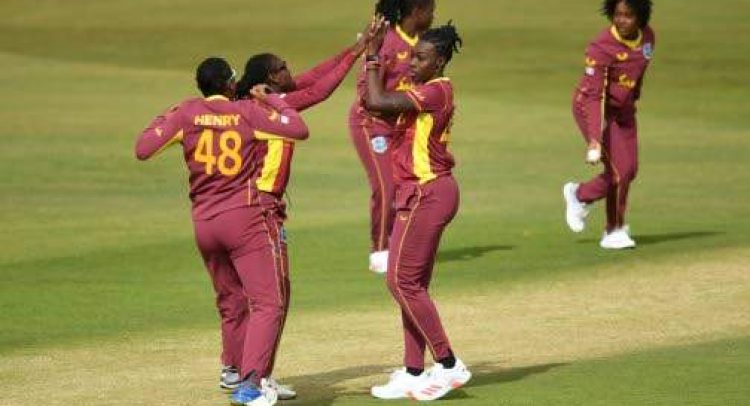 By By Sanjay Myers, Jamaica Observer,

England Women enter today’s fourth Twenty20 (T20) against West Indies with an unassailable 3-0 lead in the five-match series, but Captain Stafanie Taylor says her team is keen on saving face in the remaining contests.

“We have to come out banging; we have nothing more to lose,” she said after Saturday’s defeat to the hosts at Incora County Ground in Derby.

Despite going down by 20 runs on Saturday, and ultimately surrendering the series, the West Indies skipper was heartened by the improved showing.

“I talked about intent, and the intent was there from the get-go. We have to show the same intent we showed today [Saturday],” Taylor added during the post-match interview.

In that encounter, England — for the third match running — had first strike and reached a challenging total of 154-6 from their allotted 20 overs.

West Indies, desperate to squeeze out more from their batting unit, shuffled their line-up.

But still, it was left to the all-action Dottin, who entered the encounter with knocks of 69 and 38, to bear the brunt of the batting. She top-scored with 63, but it was not enough, as the visitors were restricted to 134-5.

Regular opener Hayley Matthews, who batted at number four, made 21.

Marquee batter Taylor, who went to the crease at the fall of the fourth wicket with only five overs left, contributed 14 not out. Chinelle Henry was at the other end, left unbeaten on 13.

The England bowlers, though not as dominant as they were in the opening two games, were again too good for West Indies. Spinner Sarah Glenn took 2-18, while seamer Katherine Brunt captured 2-29.

The West Indies batting changes did not bring the desired success, but Taylor hailed the sparkling form of Dottin.

“I couldn’t ask for anything better from Deandra. She didn’t have the best T20 World Cup [earlier this year], but I know she went home, had a think about it, and she’s been brilliant in this series,” she said.

Sciver, who walked away with the player of the match award, said West Indies offered greater resistance in the third outing.

“We said at the start of the day we wanted to win the series. The game was more competitive today [Saturday],” Sciver said in a television interview.

The series is scheduled to end with the fifth match on Wednesday.

All matches are to being staged at Derbyshire’s home ground, with strict biosecure arrangements in effect and without on-site spectators to minimise the risk of exposure to the novel coronavirus.