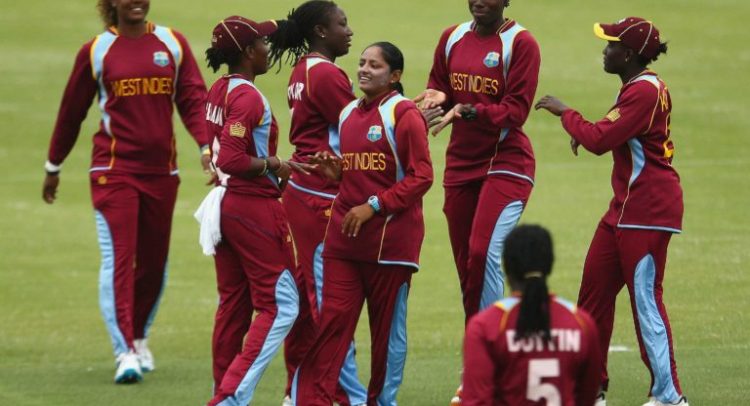 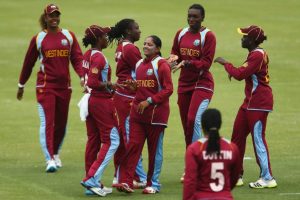 WINDIES Women lost by the narrowest of margins, 1 run to the New Zealand White Ferns in the 1st ODI of the ICC Women’s Championships at the Bert Sutcliffe Oval, Lincoln University.

Stafanie Taylor won the toss for the WINDIES Women and sent New Zealand into bat first.

The White Ferns got a solid start from their most experienced pair, in Sophie Devine and Suzie Bates. This pair posted a 76-run partnership before Bates fell for 44, caught behind off Hayley Matthews.

Devine carried on, sharing a 60-run partnership with Amy Satterthwaite and then 63 with Katey Martin. Devine reached her third ODI century before she fell for 108 off 103 balls.

The White Ferns middle order found it difficult to score as freely as the top-order. New Zealand finishing their innings on 278/9 from their 50 overs.

The WINDIES Women had a tight bowling attack led by Captain Stafanie Taylor who finished with 3/54, followed by Afy Fletcher with 3/55 and Hayley Matthews 2/68.

In their reply, WINDIES women lost their first wicket with the score on 31, when Hayley Matthews was bowled by Holly Huddleston for 18.

Kycia Knight and Skipper Stafanie Taylor then consolidated adding 57 runs together before Kycia was trapped LBW for 38.

Taylor was then joined by Chedean Nation and the 2 Jamaicans rebuilt the Windies innings with a 64-run partnership. Taylor reached her 30th half-century, then Nation fell for 29.

Deandra Dottin and Britney Cooper played short cameos with the Skipper of 11 and 9 respectively.

Taylor soldiered on, taking on the bad deliveries and quick singles when the chances arose. She fell for a valiant 90 with the WINDIES still 64 runs short of victory.

Merissa Aguilleira then joined Kyshonna Knight in the wicket and rotated the strike regularly. However, Aguilleira fell for a well-played 20.

Afy Fletcher and Kyshonna had a mix-up in the middle which saw Fletcher run-out for 2.

Tremayne Smartt made 3, as Shamilia Connell and Kyshonna Knight had 4 to make off the last ball.

Connell connected with a shot straight back but could only get 2 as the WINDIES Women lost by 1 run.

WINDIES Women finished in 277/9 from 50 overs. Leigh Kasperek, Holly Huddleston and Amelia Kerr had 2 wickets each.

Player of the Match was Sophie Devine.