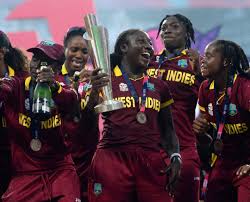 The WINDIES Women romped to a 7-wicket victory over the Canterbury Magicians at the Bert Sutcliffe Oval, as part of their preparations for Round 2 of the ICC Women’s Championships versus New Zealand White Ferns starting on Sunday March 4.

WINDIES Women won the toss and elected to bowl first. Canterbury lost Frances Mackay for 7 and the dangerous Amy Satterthwaite for 1. Then Evelyn Jones and Kate Ebrahim consolidated for the Magicians, scoring 98 and 84 respectively as the Magicians posted 216/5 from their 50 overs.

Leg-spinner Afy Fletcher had the best bowling figures for WINDIES women, taking 3/44 from her allotted 10 overs.

In their reply, the WINDIES Women got off to the perfect start thanks to openers Hayley Matthews and Kycia Knight, who put on 75 for the first wicket. Matthews and Kycia blasted the Magicians bowling with Matthews being the aggressor, smashing 13 fours on her way to 61.

Captain Stafanie Taylor had a short stint at the wicket, then Kycia was joined by Chedean Nation. Kycia and Nation both reached half-centuries in a partnership worth 109 runs before Nation fell for a well-played 55.

Kycia and twin Kyshonna then took the WINDIES Women to the target in 34 overs, finishing on 70 and 14 not out respectively.

Speaking after the game, Captain Stafanie Taylor said “I thought we bowled and fielded well, especially the opening spell from Shamilia Connell and Tremayne Smartt. Then Kycia and Hayley set the tone and pace in the powerplay, which gave us the start we needed, and it was backed up by Chedean Nation and Kyshonna. Our preparation for the Championships are coming along as expected and we are ready for the challenge that I know that team New Zealand is coming with.”