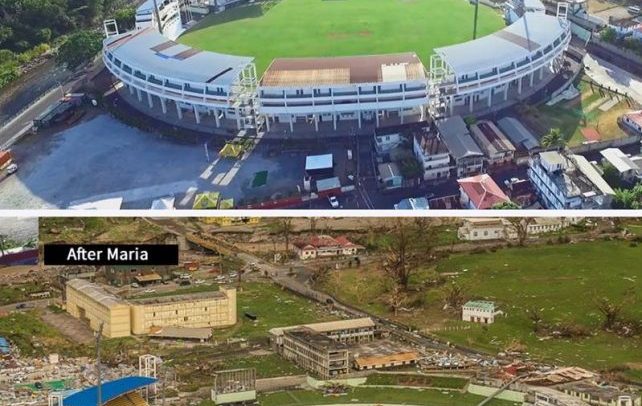 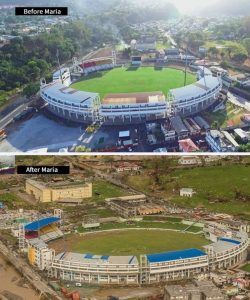 The Windsor Park Stadium, which was damaged by Hurricane Maria, will benefit from a charity cricket match between the West Indies and Rest of the World XI at Lord’s.

The lone Twenty20 match is expected to take place on May 31 and proceeds will go towards the stadium and the James Ronald Webster Park in Anguilla, which was damaged by Hurricane Irma.

The match was granted international status by International Cricket Council and England and Wales Cricket Board (ECB) president Giles Clarke, an ICC board member, is helping co-ordinate it.

A joint statement was made by Dave Cameron, the president of Cricket West Indies (CWI) and Marylebone Cricket Club (MCC), the owners of Lord’s on Tuesday.

“Hurricanes Irma and Maria have devastated parts of the Eastern Caribbean and we have been considering how CWI can best show support for our region in the most impactful way,” the statement said. “I would like personally to thank MCC for agreeing to host the match at Lord’s, and ECB, especially their president Giles Clarke, for their kind and generous support of this initiative. I am sure the match will be highly entertaining and competitive, as well as a great platform for us to raise much-needed funds.”