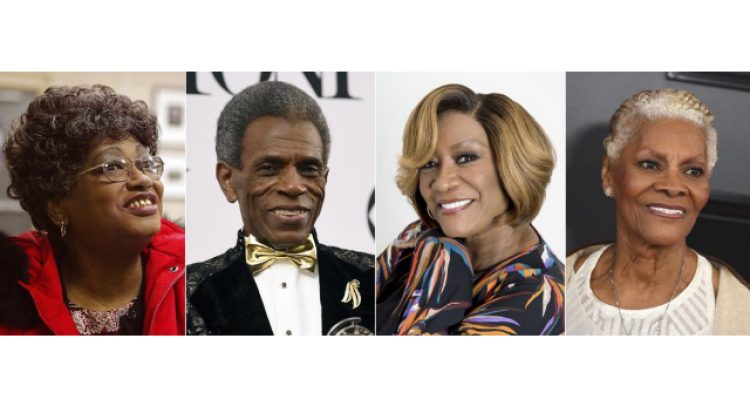 NEW YORK (AP) — Oprah Winfrey and Hearst Magazines are teaming up for interviews that pair young Black journalists with elders who include civil rights activists, celebrities and others sharing some lessons learned in life.

The project, “Lift Every Voice,” will be featured on Winfrey’s OprahDaily.com website and in magazines like ELLE, Good Housekeeping, Esquire, Runner’s World and Winfrey’s own O Quarterly.

Dionne Warwick, Patti LaBelle, Andre De Shields and the activist Claudette Colvin are among the people featured. While some material from earlier Hearst television stories is used, the interviewers and photographers are drawn primarily from the ranks of historic Black colleges and universities.

In one example, 94-year-old community activist Opal Lee, from Fort Worth, Texas, talks to Mariah Campbell, a journalism student at Texas Southern University, about efforts to make Juneteenth a national holiday.

Winfrey said she was inspired by her own memories of knowing poet Maya Angelou when Winfrey was young, and how Angelou stressed the importance of sharing stories from the time she grew up.

Beyond celebrities, the young journalists will talk to teachers, doctors, writers, lawyers, homemakers and others about their lives.

“All are essential stories that might have otherwise slipped into the white noise of history,” Winfrey said in a video introducing the series.

Some of the stories will debut on Tuesday, and all will be made available online on June 19. Winfrey will also host a virtual event talking to some of the participating journalists, at a time not yet set.

Readers will be asked to support the National Association of Black Journalists and the National Caucus & Center on Black Aging.

This combination of photos shows activist Claudette Colvin, Tony Award-winning actor Andre De Shields and music legends Patti LaBelle and Dionne Warwick, who are among the people featured in the “Lift Every Voice” project. Oprah Winfrey and Hearst Magazines teamed up for interviews that pair young Black journalists with elders that include civil rights activists, celebrities and others who share some lessons learned in life. (AP Photo)