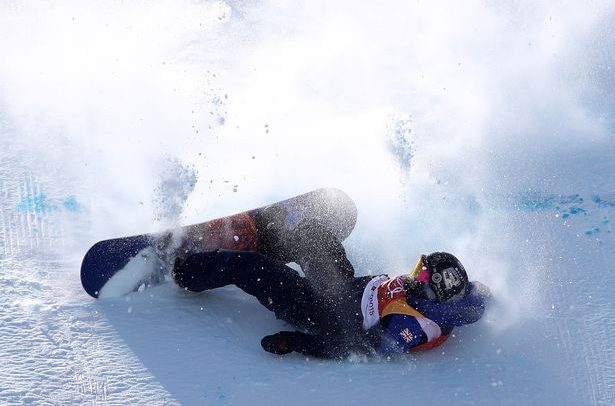 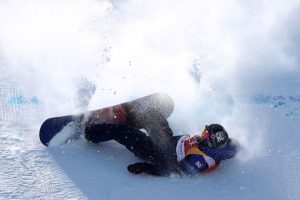 The conditions for the women’s slopestyle Olympic final were described as “too dangerous” after strong winds caused havoc in Pyeongchang.

Defending champion Jamie Anderson of the United States won gold but all of the riders fell on at least one run.

Bronze medallist Enni Rukajarvi said: “It was pretty bad. I’m happy to land my run and get a good score but I’m most happy that no one got hurt bad.”

Britain’s Aimee Fuller came 17th and had a heavy crash on her second run.

The event sees riders perform tricks on a series of man-made jumps, rails and boxes with a panel of judges scoring each run.

Rukajarvi added: “The weather was bad and too dangerous, and I got a lot of wind in my run, so that was bad, too.”

When asked whether organisers made the right call to hold the final, she said: “It wasn’t. It was better in the practice, but then it got really bad, so they should have cancelled it, or moved it.”

Austria’s Anna Gasser started the slopestyle final at the Phoenix Snow Park as one of the medal contenders, but crashed on both runs and only managed 15th.

“I don’t think it was a fair competition and I’m a little disappointed in the organisation that they pulled through with it,” she said.

“From my point of view I think it was not a good show for women’s snowboarding.”

The International Olympic Committee maintained that the safety of athletes was the organisers “number one priority”.

“The competition is run by the International Ski Federation,” spokesman Mark Adams added. “They know their athletes and they know the conditions they work in.”

On Sunday, the men’s downhill and the women’s slopestyle qualification were postponed because of high winds, and on Monday the same fate befell the women’s giant slalom.

Asked if the delays might cause the Games to be extended, Adams said: “It’s a bit early to discuss that. Nagano had the downhill five minutes before the closing ceremony, but it’s a touch premature at this stage.”