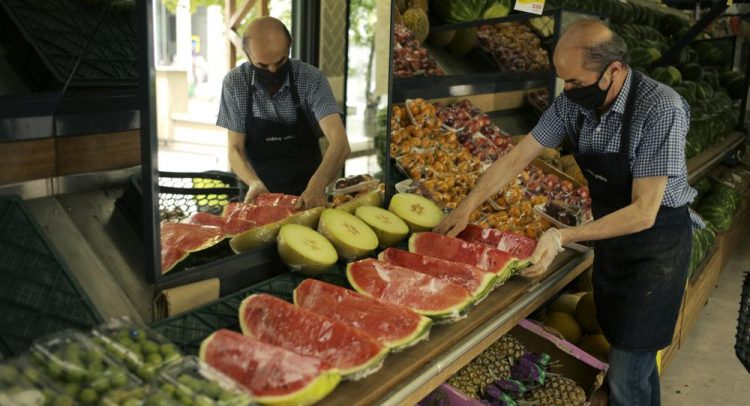 WASHINGTON (AP) — The World Bank has sharply downgraded its outlook for the global economy, pointing to Russia’s war against Ukraine, the prospect of widespread food shortages and concerns about the potential return of “stagflation” — a toxic mix of high inflation and sluggish growth unseen for more than four decades.

The 189-country anti-poverty agency predicted Tuesday that the world economy will expand 2.9% this year. That would be down from 5.7% global growth in 2021 and from the 4.1% it had forecast for 2022 back in January.

“For many countries, recession will be hard to avoid,” said David Malpass, the World Bank’s president.

The agency doesn’t foresee a much brighter picture in 2023 and 2024: It predicts just 3% global growth for both years.

In China, the world’s second-biggest economy after the United States, the World Bank expects growth to slow to 4.3% from 8.1% last year. China’s zero-COVID policies, involving draconian lockdowns in Shanghai and other cities, brought economic life to a standstill. The Chinese government is providing aid to ease the economic pain.

Emerging market and developing economies are collectively forecast to grow 3.4% this year, decelerating from a 6.6% pace in 2021.

Russia’s invasion of Ukraine has severely disrupted global trade in energy and wheat, battering a global economy that had been recovering robustly from the coronavirus pandemic. Already-high commodity prices have gone even higher as a result, threatening the availability of affordable food in poor countries.

“There’s a severe risk of malnutrition and of deepening hunger and even of famine,” Malpass warned.

The World Bank expects oil prices to surge 42% this year and for non-energy commodity prices to climb nearly 18%. But it foresees oil and other commodity prices both dropping 8% in 2023. It likened the current spike in energy and food prices to the oil shocks of the 1970s.

“Additional adverse shocks,” the agency warned in its new Global Economic Prospects report, “will increase the possibility that the global economy will experience a period of stagflation reminiscent of the 1970s.’’

The prospect of stagflation poses a dilemma for the Federal Reserve and other central banks: If they continue to raise interest rates to combat inflation, they risk causing a recession. But if they try to stimulate their economies, they risk driving prices higher and making inflation an even more intractable problem.

The World Bank noted that the previous period of stagflation required rate increases so steep that they tipped the world into recession and led to a series of financial crises in the poor countries of the developing world.

A worker arranges fruit for sale a food market in Ankara, Turkey, Friday, June 3, 2022. Annual inflation in Turkey hit 73.5% in May, according to official data released by the Turkish Statistical Institute on Friday, as a cost-of-living crisis in the country deepens. (AP Photo/Burhan Ozbilici)

Romelu Lukaku ruled out of Belgium’s next 2 games