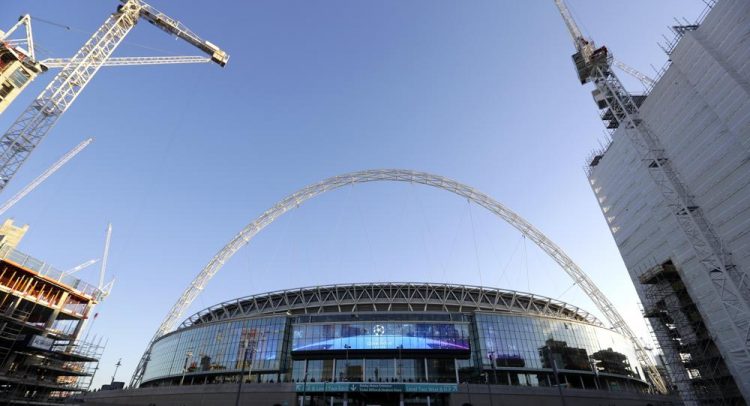 Doubts and disputes over FIFA’s push for biennial World Cups contributed to Britain and Ireland dropping plans for a joint bid to host the 2030 edition and opting on Monday to pursue the 2028 European Championship instead.

A potential rival also moved aside when Italy switched its focus on bidding for Euro 2032 rather than the 2028 tournament.

The British Isles nations determined there was more certainty bidding for the UEFA tournament while FIFA’s plans for the World Cup beyond the 2026 edition in the United States, Canada and Mexico are in flux.

Europe has been leading opposition to FIFA President Gianni Infantino’s push to double the frequency of World Cups so they are held every two years. Resisting his key proposal while seeking a tournament from soccer’s ruling body would have impaired the prospect of success by the British Isles bidders.

The World Cup feasibility study was being led by the English Football Association, which assessed the prospects of winning after losing badly in 2010 in a tainted contest for the 2018 edition.

“We’ve been very clear as (have) all the UEFA countries — we didn’t think that a biennial World Cup either in men’s or women’s was a good idea,” English FA chief executive Mark Bullingham said, revealing his opposition for the first time to reporters. “We don’t believe that they’ll come to fruition. So we’re stepping back again.

“We looked at the two opportunities in front of us and the 2028 Euros is very clear as an opportunity. A very clear timeline.”

Countries have until next month to register interest in hosting the European Championship in 2028 or 2032, with a vote scheduled for next year. There could be entries from Russia and Turkey. Reigning European champion Italy announced on Monday it was bidding for Euro ’32 to give it time to modernize stadiums.

The Associated Press first reported in July that UEFA could expand the tournament from 24 teams in Germany in 2024 to 32 participants in future, putting the British Isles bid in a strong position to use existing infrastructure to meet the hosting demands.

“UEFA are being very transparent with all 55 countries that they want to use the 2024 and 2028 men’s Euros to rebuild their coffers and rebuild their reserves, which they’ve had to use during the pandemic,” Bullingham said. “We believe we could put together an incredibly strong tournament in many ways and we also know we can have a really strong commercial return to UEFA, and we feel that puts us in a strong position.”

The decision helps Spain and Portugal, who are pursuing a joint candidacy for 2030, and with UEFA desiring one European candidate. Morocco could also be part of that bid. There is also a coalition of South American countries keen on bidding from Argentina, Uruguay, Paraguay and Chile.

Following corruption investigations into the 2018 and 2022 World Cup bidding contests, decisions are now made in a FIFA vote by all 211 member associations rather than the smaller ruling council, with full publication of how contenders have been scored by inspectors before the vote, along with human rights assessments.

UEFA has a more closed decision process, which remains in the hands of its executive committee.

England last hosted the World Cup in 1966 and also failed with a bid for the 2006 tournament. But it hosted the 1996 European Championship and Wembley had eight games last year when the competition was staged across Europe. Scotland also staged four Euro 2020 games at Hampden Park.

Northern Ireland is part of the bid but is likely to be used only for team bases with Windsor Park’s Belfast capacity around 18,000 below the UEFA requirements. Cardiff has the 74,000-capacity Principality Stadium and Dublin’s Aviva Stadium fits more than 50,000.

Although the 2021 Wembley final was marred by violence by England fans ahead of the loss to Italy, UEFA has shown its backing to London by choosing to stage a game with CONMEBOL between European champion Italy and South American champion Argentina in the city in June. England is staging the women’s European Championship after that in June.

“Following a full feasibility study, and in light of the current uncertainty around the future format of the tournament, we accept the conclusion of the five football associations that now is not the moment to proceed with a bid,” the British government said in a statement. “We remain passionate about bringing a World Cup to the U.K. and Ireland when the time is right.”

FILE – A view of the exterior of Wembley Stadium in London, Wednesday, Oct. 3, 2018. Doubts and disputes over FIFA’s future program for the World Cup contributed to Britain and Ireland dropping plans on Monday, Feb. 7, 2022 for a joint bid to host the 2030 edition, opting instead to try to stage the 2028 European Championship. (AP Photo/Kirsty Wigglesworth, FILE)