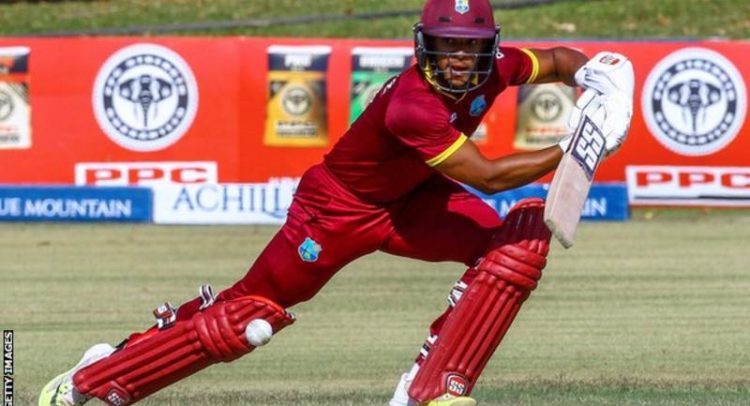 West Indies moved to the brink of qualification for the 2019 World Cup with a narrow four-wicket victory over Zimbabwe in Harare.

Marlon Samuels scored 86 as his side reached their target of 290 with an over left despite a late collapse.

Brendan Taylor earlier hit a brilliant 138 for Zimbabwe but Jason Holder took 4-35 to bowl the hosts out.

West Indies are now a point clear of Zimbabwe and Scotland at the top of the Super Sixes table with one game left.

They face third-placed Scotland on Wednesday and a win for either side will secure one of the two qualification places.

Ireland are in fourth place, a point behind Zimbabwe and Scotland, but even a win against Afghanistan on Friday may not be enough to qualify.

Zimbabwe will qualify if they beat United Arab Emirates on Thursday.

West Indies had looked serene with Samuels and Shai Hope at the crease until the pair’s 135-run partnership ended when Samuels fell to Blessing Muzarabani with another 45 runs needed.

Hope was out for 76 soon after and Jason Holder and Shimron Hetmyer followed but the seventh-wicket partnership of Rovman Powell and Ashley Nurse saw West Indies to victory.