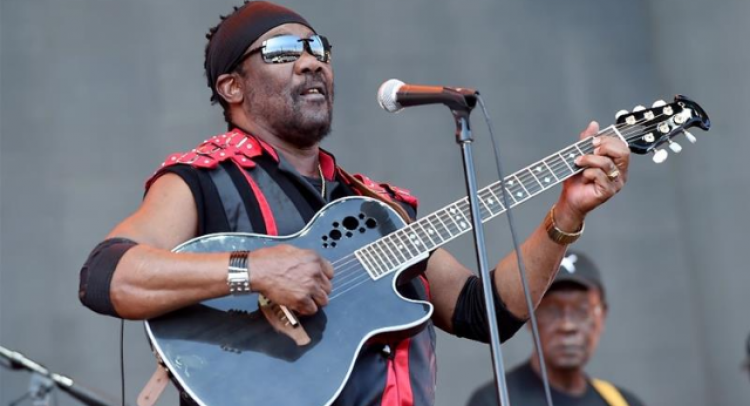 Basseterre, 12th September, 2020, (MyVue News.com) – At 77, he was still making musical waves, just as he did for the past six decades and more, making great reggae music and performing for fans worldwide.

And though he recently was confirmed with the Coronavirus, there was much hope that Jamaican reggae ambassador, Frederick Nathaniel “Toots” Hibbert, who was born in 1940, would recover and return to what he enjoyed doing best.

He died early Saturday, 12th September, 2020, at the University Hospital, in Kingston, but is not clear if the official cause was due to complications from COVID-19.

It was back in August that Toots was hospitalized and eventually went into a medically-induced coma.

He became known in the 1970s as the lead singer of the group, Toots and the Maytals.

As a pioneer in the industry, Toots was rewarded for his sterling contribution in 2005 with a Grammy Award, when the group produced their album “True Love”.

Jamaican Prime Minister, Andrew Holness and others in that country, including top music industry players and artistes have also been paying their tributes, to a man who was also known as the “Father of Reggae.”

In 2012, he was awarded by his government with the Order of Jamaica, (OJ).