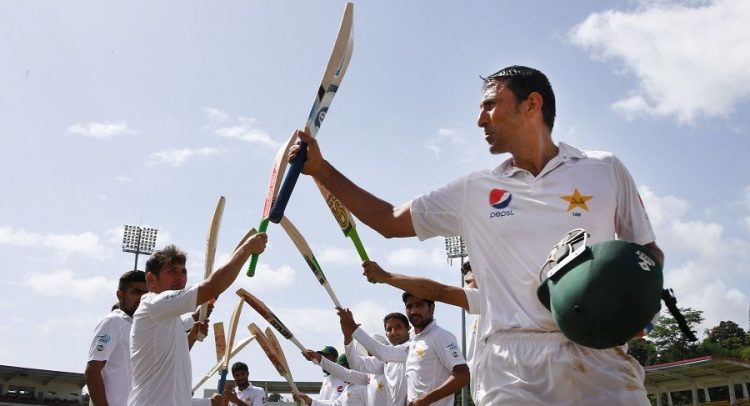 Younis Khan to be Pakistan’s batting coach for England tour

Pakistan have roped in Younis Khan and Mushtaq Ahmed as the batting and spin-bowling coaches respectively for the upcoming tour of England. Khan and Ahmed will join head coach Misbah-ul-Haq and bowling coach Waqar Younis for the tour – scheduled for August-September – comprising three Tests and as many T20Is.

This is Khan’s first appointment with the PCB since his retirement in 2017. The board was earlier interested in roping him in to work at the development level at the NCA but those talks didn’t materialise. He was recently asked to give a pep talk to players on video in lockdown and this appointment, according to the PCB, is to provide Misbah and Younis “the necessary and essential resources that can help them further uplift the performance of the side”.

“For me, there has never been a bigger honour and a better feeling than to represent my country and I feel privileged to have been again offered the opportunity to serve it for a challenging but exciting tour of England,” Khan said in a statement issued by the PCB. “The Pakistan side includes some immensely talented cricketers who have the potential to achieve greater heights. Together with Misbah-ul-Haq, Mushtaq Ahmed and Waqar Younis, we will try to make them better and prepare them as best as we can with on and off field coaching and guidance.

“I have never been shy of sharing my experiences and knowledge, and I think this particular tour provides me with an ideal opportunity where I can spend post-training time with the players to engage with them on batting techniques, bowler assessments, mental toughness exercises besides talking them through with scenario planning.

“We all know English conditions demand not only precise technique but patience and discipline, and if you can master these, then you will not only excel in England but anywhere in the world. With the quality we have in the team, I think we have a good chance to produce good results if we prepare properly, get our processes right and hit the ground running as soon as we land.”

Misbah, who had retired with Khan three years ago, said he was looking forward to reuniting with his former team-mate in the dressing room. Misbah was acting as the batting coach since the position was left vacant by Grant Flower. Earlier, Shahid Aslam, a Level 4 coach, was part of the coaching staff, acting as an assistant to Misbah in the nets for the players. Mansoor Rana, an experienced coach, was also part of the support staff but was largely working as the team manager only.

With players set to train in a bio-secure environment and unprecedented standard operating procedures, Pakistan were falling short of coaching hands in the nets. They were also without a fielding coach after Grant Bradburn had taken over an in-house non-travelling role as head of high-performance coaching. With a lengthy tour with 25 players coming up, and to share Misbah’s workload under complex training arrangements, it was decided to bring in two more coaches.

“We know each other better than most think as we have worked hand in glove in the past decade to contribute in some of Pakistan’s most historic and memorable Test wins,” Misbah said in the release. “With the reputation and record Younis brings with him not only as a disciplined and hardworking batsman but also as an athletic fielder and a strategist, I see this as a great opportunity for our young players to hone their skills and learn how to make the transition from a good to a great cricketer.

“Due to events beyond human control, the series in England will be one of the most challenging and difficult and, as such, we need to have the best talent and brains on our side. Younis as well as Mushtaq clearly tick all these and additional boxes, which will assist us in achieving our targets.”

Ahmed was already contracted with the PCB for his services as as spin-bowling consultant for 120 days. He was originally meant to work at the NCA but his services could be used from age-group set-up to the national team, as required. In the last five years he had been part of the national set-up at different times. His longest coaching stint as bowling coach with Pakistan was 18 months before he was replaced by Azhar Mahmood in 2017.

“Mushtaq Ahmed is loaded with the experience of helping elite cricketers from different countries and is widely regarded as a mentor,” Misbah said. “Mushtaq is always involved in the game and this attitude will further help us in our pre-series preparations and enhance our prospects in the series.”

Photo: Younis Khan, Pakistan’s leading run-scorer in Tests, will be the batting coach for the England tour (AFP)

Amid US tension, Iran builds fake aircraft carrier to attack