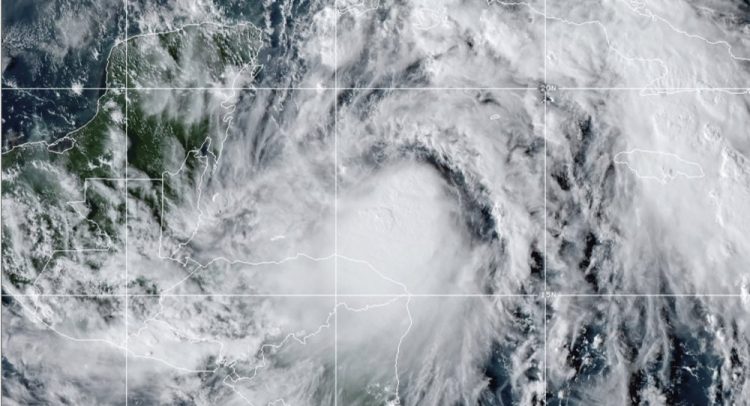 Zeta re-strengthened into a hurricane early Wednesday as Louisiana braced for the 27th named storm of a historically busy Atlantic hurricane season.

Landfall is expected south of New Orleans, with life-threatening storm surge and strong winds along portions of the northern Gulf Coast beginning around midday.

Zeta raked across the Yucatan Peninsula Tuesday, striking as a hurricane, before weakening to a tropical storm.

Hurricane warnings stretched from Morgan City, Louisiana, along the Mississippi coast to the Alabama state line. The tropical storm warning along the Florida panhandle has been extended eastward to the Walton/Bay County Line. Early Wednesday, the storm had sustained winds of 85 mph (136 kph) and was centered 320 miles (514 kilometers) south-southwest of the Mississippi River’s mouth.

The centre of Zeta will approach the northern Gulf coast Wednesday and should make landfall in southeastern Louisiana in the afternoon, according to the National Hurricane Center. Zeta will move over Mississippi Wednesday evening, and then cross the southeastern and eastern United States on Thursday.