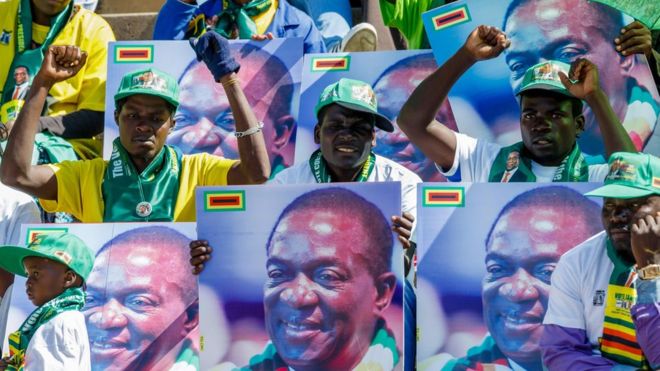 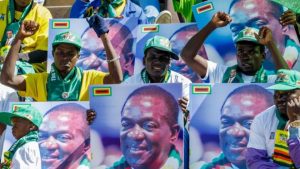 Zimbabwe’s ruling Zanu-PF party has won the most seats in parliament, according to incomplete official results.

The result of the presidential vote is not yet known.

Earlier, the opposition MDC Alliance said that vote had been rigged and that its candidate Nelson Chamisa had won.

The Zimbabwe Electoral Commission (Zec) has announced 110 seats for Zanu-PF so far, and 41 for MDC Alliance, ZBC state media reported. There are 210 seats in the National Assembly’s lower house.

More than five million people were registered to vote – with a high turnout of 70%.

State broadcaster ZBC had reported that the electoral commission would announce the presidential results at 12:30 local time (10:30 GMT), but only parliamentary results were read out. A unit of riot police has been deployed at the electoral commission headquarters.A presidential candidate needs more than 50% of the vote to win outright. Otherwise, a run-off election will be held on 8 September.
The European Union (EU) mission has criticised the delay in announcing the presidential results. Zec has until Saturday to do so.

It said it had observed several problems, including media bias, voter intimidation and mistrust in the electoral commission, adding that there was an “improved political climate, but un-level playing field and lack of trust”.

This is the first time in 16 years that the government has allowed EU and US election monitors into the country.

The African Union mission has said the elections “took place in a very peaceful environment” and “were highly competitive”.

It added that it could not confirm opposition parties’ complaints of vote-buying, intimidation by the state and bias by traditional leaders.

A preliminary report by the Southern African Development Community (Sadc) observers said the elections were largely peaceful and conducted in accordance with the law.

Its representative, Angola’s Foreign Minister, Manuel Domingos Augusto, called the poll “a political watershed in Zimbabwe’s history” that would lead to “consolidation of democracy”.