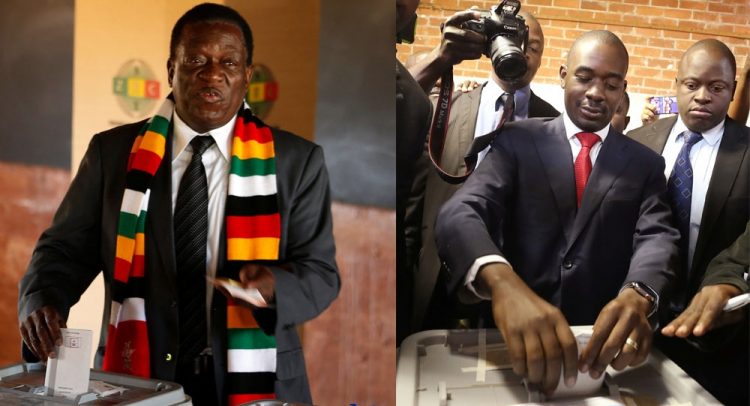 Millions of Zimbabweans are heading to the polls to vote in the country’s first elections since independence in 1980 without the name of long-time leader Robert Mugabe on the ballot.

Long queues were reported at several polling stations across the country.

More than five million Zimbabweans have registered to take part in the landmark elections and pick their next president and members of parliament. A total of 10,985 polling stations have been set up across the country.

Twenty-three candidates, 19 men and four women, are running for the presidency – all for the first time. The figure marks the highest number of presidential hopefuls since the end of white minority rule in the country of 16 million people.

President Emmerson Mnangagwa, of the ruling ZANU-PF party, and Nelson Chamisa, of the opposition MDC Alliance, are seen as the top two contenders.

“This country is enjoying democratic space which has never been experienced before,” Mnangagwa said after casting his vote in the city of Kwekwe on Monday.

His rival, MDC leader Chamisa said victory for his party is certain barring any “ballot mischief”.

“There seems to be a deliberate attempt to suppress and frustrate the urban vote,” Chamisa said on Twitter. “Good turnout, but the people’s will is being negated and undetermined due to these deliberate and unnecessary delays.”

A presidential runoff will be held on September 8 if a candidate does not secure more than 50 percent of the votes.

Official results are expected to be released by Saturday.