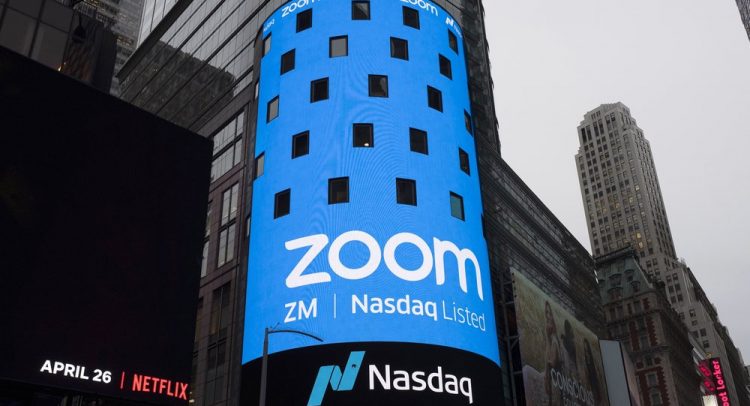 Zoom is headquartered in San Jose, California, but conducts much of its research and development in mainland China. Use of the virtual meetings app has skyrocketed during the pandemic.

The company confirmed reports that it had reactivated the Zoom accounts of a U.S.-based group of dissidents that were suspended after they held an online event commemorating the June 4, 1989, crackdown on protesters in Beijing’s Tiananmen Square.

“We regret that a few recent meetings with participants both inside and outside of China were negatively impacted and important conversations were disrupted,” Zoom said in a statement.

Asked at a regular briefing, a Chinese Foreign Ministry spokesperson said she was not aware of issues involving Zoom.

China bans most public dissent. Adding to growing concerns that the reach of its censorship is extending ever further into semi-autonomous Hong Kong, pro-democracy activist Lee Cheuk-Yan said he was locked out of his paid Zoom account on May 22, before he held a live video talk featuring a fellow activist, Jimmy Sham.

Lee, who helps to organize Hong Kong’s annual candlelight vigil commemorating the 1989 crackdown, said two earlier talks that were also part of a “June 4” series of online events were held without incident. China’s communist rulers promised to allow the former British colony of 7 million people civil liberties and other freedoms for at least a half-century after Beijing took control in 1997.

Zoom is not. But it is among many companies subject to close scrutiny by Beijing as they operate across global borders. Issues related to cybersecurity and censorship are particularly acute for those that route through or store data in the Chinese mainland.

A screenshot on Lee’s Facebook page, posted on May 27, shows an error message on Zoom saying that his account had been deactivated and that he should contact its customer service for assistance.

Lee said he tried to, but did not get a reply or a refund for the services he paid for.

“If you block me because of my political activity, then tell me,” Lee said in an interview. “It’s outrageous that Zoom did not give me an answer.”

“Is an American company going to follow Chinese law, instead of freedom of speech and information in America?” he said.

Zoom said in its statement that it has to comply with laws in the countries where it operates and that “It is not in Zoom’s power to change the laws of government opposed to free speech.”

“We strive to limit actions taken to those necessary to comply with local law,” the statement said.

Zoom said it was working to protect users from authorities “who wish to stifle their communications” and to protect conversations of participants beyond the borders of those regions.

The company refused comment when asked which laws it was complying with by locking activists out of their accounts.