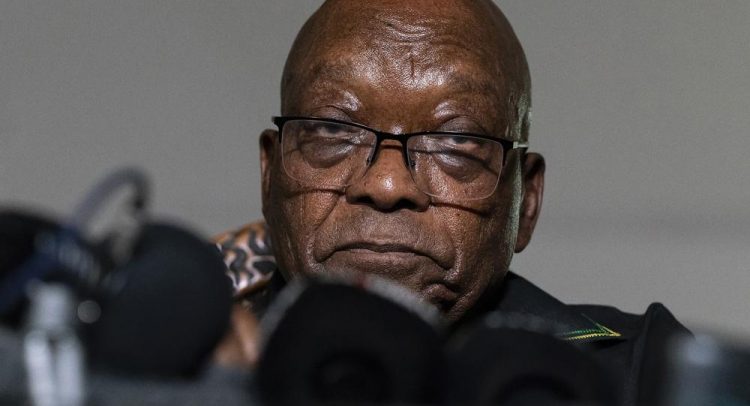 JOHANNESBURG (AP) — The corruption trial of former South African President Jacob Zuma was postponed until Oct. 26 while the judge considers a plea from Zuma’s lawyer that the prosecution team be dismissed from the case for being biased.

Zuma wasn’t present for the two-day hearing that ended Wednesday after he was released from an unrelated jail sentence this month on medical parole. He has been receiving treatment in a hospital for an undisclosed illness, according to his foundation.

Zuma’s lawyer, Dali Mpofu, asked Judge Piet Koen to throw chief prosecutor Billy Downer and his team off the case, claiming they have a politically-motivated grudge against Zuma. Prosecutors deny that and say there is no evidence of it.

Mpofu also asked the judge to acquit Zuma of all charges against him after the prosecution team is dismissed. Koen said he needed time to consider the plea.

The 79-year-old Zuma, who was president of South Africa from 2009-18, faces charges of corruption, racketeering, money laundering, tax evasion and fraud relating to a multibillion-dollar arms deal the South African government signed with French company Thales in 1999.

Zuma is accused of taking bribes and accepting favors to protect the deal from scrutiny. The charges relate to the time before Zuma was president but when he was a politician on the rise, and include the time he served as deputy president of South Africa from 1999-2005. Zuma and Thales, which is also charged in the case, deny wrongdoing.

Zuma was jailed in July in an unrelated matter after refusing to testify at a commission of inquiry into allegations of widespread corruption in government and at state-owned companies while he was president. He served two months of a 15-month jail sentence for contempt of court before being released on medical parole.

His parole is also under scrutiny amid claims it didn’t follow procedure.

Counselling Department in St. Kitts goes through a rebranding process to broaden its scope of practice